Have People Opposed Government Transit Before?

“History doesn't repeat itself, but it does rhyme.” 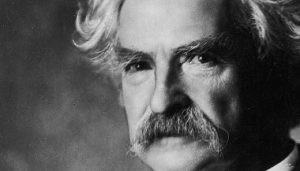 Americans like their freedom. Cars represent freedom. Planners in Albuquerque say they want to reduce cars on Central because this will be good. Whether it is to reduce carbon emissions, to punish speeders, or to force people to meet one another eye to eye on the street, the A.R.T. project has philosophical origins. This is one reason supporters seem so blind to common sense discussions about A.R.T. hurting business and causing a nuisance.

Planners claim all millenials think alike and they all hate cars. That point remains to be proved. If it were true, this would not be the first generation to push government control over transportation. The Interstate Commerce Commission was formed in 1887. The Motor Carrier Act of 1935 added limitations on trucking by forcing new trucking companies to have to seek a "certificate of public convenience and necessity" from the ICC. Companies operating prior to 1935 were grandfathered -- new companies found it extremely difficult to get operating authority. In 1980 Congress laws to significantly reduce Interstate Commerce Commission control over truckers and railroads.

The continuing debate over freedom vs. control did not just begin and it will not end. In the meanwhile we should not butcher Central in the dogmatic belief that we are changing the world. Look at an old comment on the error of too much government control:

"In our attempt to keep some people from "hogging" the highways, either on the ground, on the sea or in the air, our duty is to prevent monopoly of the highway, thereby encouraging competition. Our duty is not to interfere in any way that reduces competition; for competition is the struggle so to serve as to deserve the best rewards that the opportunity offers.
The goal should not be control. It should be freedom".  - Henry L. T. Tideman, "The Freeman", August 1939.