If federal money is finally awarded for Albuquerque's A.R.T. project, it will come through the Federal Transit Authority - FTA. This agency has several categories for projects. Albuquerque applied under the Small Starts Program which has a limit of $75 Million, but was only recommended for $69 Million by the FTA. This means Albuquerque taxpayers will be expected to pay the rest.

Albuquerque's original budget estimate was $1 Million and they represented that the FTA would pay 80%. Soon it was disclosed that the project would cost a minimum of $119 Million and the FTA had only approved $69 Million. That left $50 Million to be paid by Albuquerque taxpayers. But that only works if the contractors work as hard as possible, don't charge overtime, don't make any mistakes, and there are no unforseen situations.

More recently the Albuquerque Water Authority estimated the cost for their street work would cost a minimum of $30 Million. This is part of what you now see on Central Avenue near Coors and at San Mateo. The Water Authority acknowledges it does not have a budget for this work and that Albuquerque taxpayers will have to repay the cost by approving future bonds

Adding the cost of water work (estimates only) puts Albuquerque taxpayers in the hole by at least $80 Million. We don't have the estimates for the gas lines, the sewer, the electric lines, cost overruns, etc.

Albuquerque wasn't told that the City would be buying up private property for this project. Look at what is happening to some small businesses on West Central. There was no advance disclosure to the taxpayers that buying land was part of the project.

We don't have a breakdown of what has been spent so far on consultants, researchers, and the current proponents of this project. Where did that money come from? Are we going in debt for those expenses too? Shouldn't we have a say? 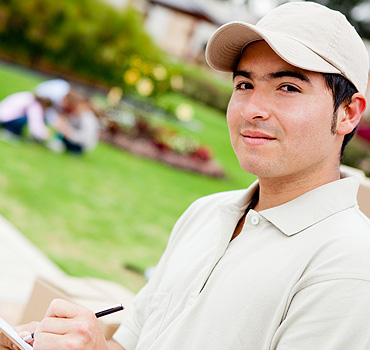 Would ABQ Be Missing a Great Opportunity?

information ABQ planners did not consider

WHY HAS THE ABQ TREE CANOPY BEEN IN DECLINE?
By now, most of us have heard that the trees in Albuquerque are in some amount of trouble. We are losing our urban forest canopy at an alarmingly high rate. In large part that is due to the combination of urban site conditions in a SW desert city, and drought/heat stress. We also see problems from improper planting, insufficient watering, and poor species choices. Being a tree in Albuquerque is difficult, and though trees are remarkably tough, they still need our understanding, care, and attention. Source: www.thinktreesnm.orgMore About This

WHY CARE ABOUT ABQ TREES?
ABQ has invested thousands of dollars in the Central Medians over the past several years. Neighborhood groups have donated many hours to plant New Mexico native trees in the medians. ABQ has passed the wettest years in this environmental cycle. Drought years are in our future. Why butcher the trees we have now that have shown they are survivors? More on the value of Albuquerque trees
ABQ Climate and Rainfall
Albuquerque has had an average rainfall of 9.45 inches over the last 30 years, which is 76% less than the average nationwide, and 38% less than the average in New Mexico. Albuquerque, New Mexico has a mid-latitude cool steppe climate (BSk) whereas Cleveland, Ohio has a hot summer continental climate with no dry season (Dfa). Albuquerque, New Mexico is in or near the cool temperate desert scrub biome whereas Cleveland, Ohio is in or near the cool temperate moist forest biome.

Large Trees Can't Grow on Sidewalks
Planners claim trees on the sidewalks in their plans are the same as trees in the medians. The space between a street curb and the sidewalk is call a treelawn, streetscape, or parkway, depending on the region of the country. Small trees are best suited for planting in narrow treelawns because their roots do not grow large.
Save large-maturing trees like oaks for bigger spaces greater than 8 feet wide because their roots can raise the sidewalk and pavement if planted too close. For more on this
AREAS OF CENTRAL AVENUE WERE LEFT OUT OF THE STUDIES
If ABQ wanted to consider a new bus system on Central, why did it ignore Nob Hill and Albuquerque's West Side in its studies? Nob Hill has been rated as the most 'vibrant' area of ABQ, yet it is not mentioned in the studies the Planners talk about.
LOSS OF TRAFFIC REDUCES THE VALUE OF A BUSINESS
Business people know that property values and rents include a price based on the traffic flow on the adjacent street. The Planners of the A.R.T. project did not consider the loss of value to business from reduced traffic -- probably because no one taught them that.

I know what it is like to be steam rolled, bulldozed, piled on. I recognize…Rick Edwards A.R.T. opponent

Many improvements had been made to Central Avenue before A.R.T. was planned.

The heritage of Route 66 is "protected" by several groups.