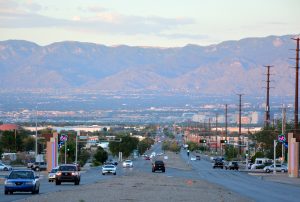 To preserve the history of Central Avenue, Albuquerque, New Mexico, the longest stretch of the legendary Route 66 that remains today. 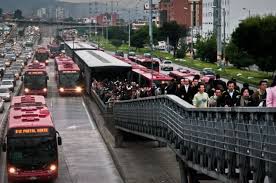 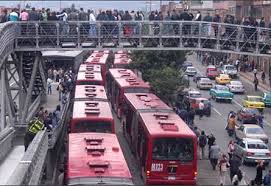 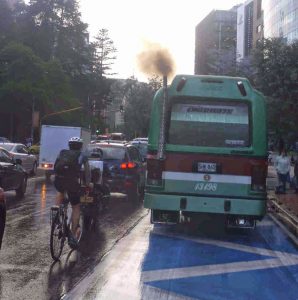 Today ridership on the TransMilenio is 2.2 million daily. Most Bogotans rate the system as good or very good.

BUS RAPID TRANSIT IN THE US

Some cities in the United States have installed bus rapid transit projects. One of the most successful is the Cleveland BRT that runs along Euclid Avenue from Public Square in downtown Cleveland through four neighborhoods (Downtown, Midtown, Fairfax, University Circle) to the suburb of East Cleveland. 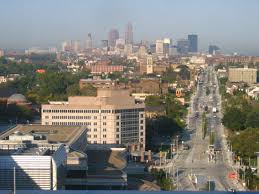 Cleveland BRT has been renamed the Healthline. The Cleveland Clinic, one of the country's premier health systems, was active in promoting the HealthLine's development, describing the project as "great for the heart of the city." The Clinic now sponsors the line, which connects it with downtown Cleveland. The Cleveland Clinic is one of the top five hospitals in the United States. Look at its website A lot of new development in Cleveland was on the Clinic's campus. Look at the main campus 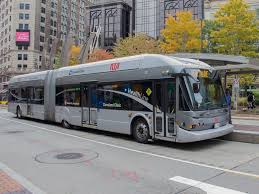 Cleveland has a population density of 5,107 persons per square mile. There are other major differences between Cleveland and Albuquerque.

HOW MUCH DOES IT COST?

Planners and the mayor have said Albuquerque's A.R.T. is a federal project and most of the money will come from Washington.

So far no federal money has been delivered to the A.R.T. project. The city has started tearing up streets for water work to get ready for A.R.T. .

Why Do the Planners Demand This Plan?

Planners have said A.R.T. will do almost everything for our city. They claim it will make Albuquerque a city of the future.

Planners claim rapid buses are the wave of the future. They claim Albuquerque must have A.R.T. in order to keep up. They claim A.R.T. is progress.