DOES ALBUQUERQUE REALLY COMPARE TO CLEVELAND?

The claim that the BRT led to the economic improvement is not true.

Some of the new development was senior housing. 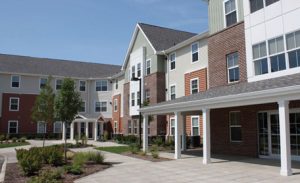 Proponents claim the BRT really improved the whole street, but disregarding the University Circle improvements puts the Cleveland bragging about economic development upside down. If the bus cost was $200 million but you have to take out the medical facilities and University investments, the the return on investment would be a negative.

Do you forsee this kind of development along Central in ABQ's future?

Cliffs Notes: The Mayors office says A.R.T. will be the same as the Cleveland Rapid Transit system bringing huge economic growth to the area. Cleveland has a world renowned hospital, museums, and massive shopping district along the bus route, the A.R.T route doesn't.